It's normal to have lots of questions about sex, consent, or doing sexual things. However you’re feeling, we’ve got advice to help.

It can sometimes feel awkward talking about sex. You might have been told that it’s something embarrassing, or that you shouldn’t talk about sex. But it’s natural to have questions, and talking to someone you trust can really help.

Whatever’s on your mind, you can talk to us. We’ve got lots of advice, or you can speak to a Childline counsellor about anything.

Sex can mean lots of different things. People who mention ‘having sex’ are often talking about having sexual intercourse, but not always.

Having sex isn’t the only way people are intimate or sexual with each other. There are lots of things that someone might find intimate, like hugging, kissing or watching something sexual with someone else.

It’s always important to talk about what you and someone else is comfortable with before deciding whether to keep going. Nobody has the right to pressure you or make you feel like you have to do something.

Get advice on what makes a relationship healthy or unhealthy

Consenting means you understand and agree to something without being pressured or feeling scared. Consent isn’t just about saying yes or no, and how you feel can change from one moment to the next.

If you’re thinking about doing something sexual, then everyone must be consenting and comfortable with it. It’s your responsibility to know whether your partner is consenting.

How do I know if someone’s consenting?

Understanding whether your partner consents can be confusing sometimes. But we’ve got advice to help:

Age, the law and consent

It's illegal to have sex or do sexual things with without full consent from everyone involved.

It can be a crime to engage in sexual activity with someone if:

The age of consent is 16. This means that it's illegal to have sex with anyone who's under 16 years old. This is the same no matter what your sexuality or gender is.

It's important to remember that the law is there to protect children and young people, not punish them. If you're both aged 13-15 and you’ve consented to doing things, it's still against the law. But it's less likely that legal action would be taken.

It’s never legal for someone to have any sexual contact with you if you’re under 13. If that’s happened, then we’re here to support you.

When someone over 16 is having sex with someone under 16, they're also breaking the law. They may be arrested even if everyone has consented.

What if I didn’t say no?

If someone does something sexual with you and you’ve not agreed to it freely, then that’s sexual assault or rape.

Nobody has the right to do something sexual with another person without their consent. And it’s their responsibility to make sure know if you’re consenting. It’s not your responsibility to say no, and what’s happened isn’t your fault.

However you’re feeling, it can help to talk about it. And you can talk to Childline about anything.

This is when someone is forced, pressured or tricked into taking part in a sexual activity with another person.

Learn about safe sex and contraception.

The only person who can decide if you’re ready to do something sexual is you.

If you're thinking about having sex or doing something sexual, you should ask yourself:

If you’ve said no or you’re not sure about any of these questions, you might not be ready.

There are lots of reasons you might feel pressured to do something. You might be worried about being left out, or not seen as mature. Or you might about how your partner will react.

If you’re feeling pressured, it can help to talk to an adult you trust or to Childline.

Preparing to have sex

Sex can feel different depending on who you're with, your sexuality and what you’re expecting. Lots of people have an emotional connection with the person they're with as well as a physical attraction.

Whether it's your first time having sex or you've had it before, it's important to feel comfortable before you do anything.

Talk about what you want to do with your partner

Communication is an important part of a healthy relationship, that includes being able to talk about sex or anything you’d like to do together.

You could talk about:

Sex can be embarrassing to talk about sometimes. If you’re not feeling comfortable talking about it, then it might be a sign that you’re not ready.

It’s never okay to make someone feel bad for not wanting to do something. But if everyone is feeling ready, then talking about things can help you to feel more confident.

Find out about contraception and safe sex

Contraception helps stop pregnancy and sexually transmitted infections (STIs). Whether it's your first time or you're in a relationship, you should use contraception. There are lots of places to get contraception, including supermarkets, pharmacies and your doctor.

You can stop at any time

You can change your mind about having sex at any time. And that’s okay.

You might feel pressure to keep going, especially if you’ve agreed before. But it’s always okay to stop if something doesn’t feel right or you change your mind.

Build your confidence about how you look

It can be difficult to relax when you’re worried about how you look or if you’ve experienced gender dysphoria.

It can help to:

Building confidence can take time, but we’ve got advice to help.

Remember everyone is different

There’s no right or wrong way to have sex. And being intimate or sexually active isn’t just about having sex.

Sex shouldn’t be painful, even if it’s the first time. If it is, then it’s important to communicate with each other about what you feel comfortable with – it’s different for everyone.

Get more support from Brook on having sex for the first time.

If you want to know more – check out the information on our facts about puberty page. 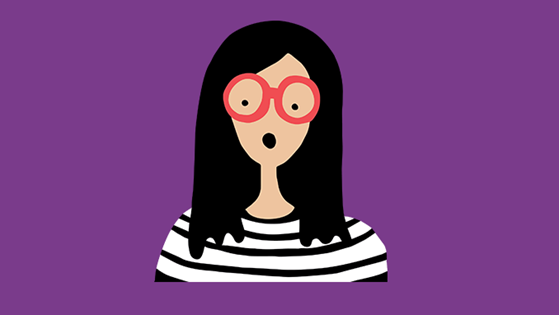 Find out what to expect during puberty.

Get advice on being in a relationship, starting one or breaking up with someone.

Learn how to look after your sexual health.

Worrying you might be pregnant can be really scary. But we can help.

This is when a young person is forced, tricked or pressured to do something sexual.