Paul and Lara were both in different relationships. Things started to feel uncomfortable - this is what happened.

"Heya! I’m Lara. So, about me: I love seeing friends, listening to music and playing netball. Oh yeah and I LOVE Snapchat – it’s the best!

I live near Dan so I saw him around quite a bit – just at the bus stop and places. He’s an older guy and he smokes and stuff.

I don’t think my parents would approve, but he’s got a sweet side too."

"I couldn't let him pressure me into having sex"

"I felt special when he paid me attention and gave me compliments. Sometimes he even gave me presents, like a necklace.

Later I wondered how well I really knew him.

When he came to my house it was fun at first. Later it got out of control and I wasn’t comfortable.

He tried to get with me. I didn’t feel ready, so I turned away.

But he pressured me.

And he led me up the stairs.

"It was weird and scary. But I had a moment where I just thought “I don’t feel right.” I couldn’t let him pressure me into having sex.

I said to Dan: "This isn’t what I want." I pulled my hand away and went back downstairs. I went back into the party.

Dan came downstairs too. He looked angry and was downing his beer. After a while he left the party. My friends were annoyed that the boys had left, but also I think they could tell something was wrong.

After it all happened, I felt confused. I still liked Dan, and he’d done so much for me and I felt like I shouldn't let him down. But I didn’t want to have sex yet, I had to listen to that part of myself.

I wanted to talk about what happened. But I didn’t know if my friends would understand. They would probably think I was stupid for not getting with Dan.

So I spoke to a Childline counsellor. It was just good to talk about things because my head was all over the place. Childline helped me think about what had happened. They didn’t have a go at me or tell me what to do. In the end I knew I had made the right decision. I don’t care what Dan or anyone else thinks.

I’ve realised not being ready for sex is ok. But pressuring someone isn’t. I’ll have sex when I’m sure I’m ready."

feeling so
confused
about things

Get advice about what makes a good or bad relationship.

Well. There is one thing. I’m gay. Or Bi-sexual maybe. Sometimes I really fancy girls, and sometimes I kind of like guys. So I’m not 100% sure. It’s a lot to think about.

I know, I know – being gay is fine. Who cares, right? But come on, people at school would rip me. I can’t be dealing with that yet.

"JJ started talking to me online. Just through games and stuff. I like chatting online better than talking in social situations, so it was always easy with JJ.

It felt like he really understood me. He was going through the same things as me. Like when I told him about arguments I had with my mum, it turned out the same thing had happened to him.

Well, that’s what he said.

Eventually we got talking about how I was maybe into guys and stuff. He was the same. He was thinking about his sexuality a lot but couldn’t talk to anyone else in his life about it.

He just had me. And I had him. It felt really good to have someone to talk to. Someone who got me.

After a while he started messaging me a lot. I mean A LOT.

He got a bit weird too. He said I shouldn’t tell anyone that I was talking to him, that it was better as a secret.

When he sent me a pic, I felt like I had to send him one back. He trusted me with his pic, so I could trust him with mine. Right?

What harm could one pic do?"

"I deleted the pic at the last minute before it sent to him. I thought about what was going on and something felt weird. Once you send a picture to someone, you can’t take it back. And they could do anything with it – like post it online or send it to other people.

JJ was annoyed and tried to get me to send it again. But I said I had to go out and logged off.

Later I read about this kind of thing online. Maybe JJ wasn’t who he said he was.

I wanted to get someone else’s opinion. But I didn’t want anyone to know I might be gay. Not yet. I could never talk about this with my parents. That wouldn't be a fun conversation... I didn’t want my friends to know either. I was a bit nervous about it at first, but I spoke to a Childline counsellor online. It’s free and they don’t know who you are, so it felt ok.

They helped me think about things. After that I decided to block JJ. Real friends don’t pressure you for naked pictures."

Relationships: what's ok and what's not

Just like in Lara and Paul's videos, it can be really difficult to spot the signs of an unhealthy relationship. For example, giving someone a present can show you like them. And this is nice for a boyfriend or girlfriend to do. But a present shouldn't be given if it means the other person feels like they owe something in return.

Not OK: Dan didn’t listen to Lara when she said she didn’t want sex.

Not OK: JJ pressured Paul to send a naked picture – even though he didn’t want to.

What's healthy: you should feel comfortable in a relationship saying no if you don't want to do something.

Not OK: Dan pressured Lara to do something she wasn't comfortable with.

What's healthy: in relationships, it’s important that both people are respected and listened to.

Not OK: JJ kept saying Paul could trust him, even though JJ lied about his age.

What's healthy: it’s important to be honest and not lie about things like your age.

Not OK: Dan bought Lara a necklace, which made her feel like she owed him something.

What's healthy: a present shouldn’t be given only to get something in return.

Top 6 signs of a good relationship: 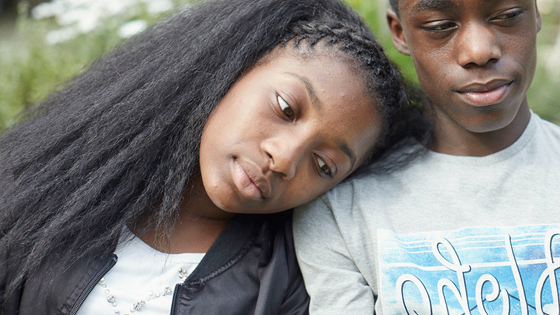 Need someone to talk to?

We're here for you and you can talk about anything. 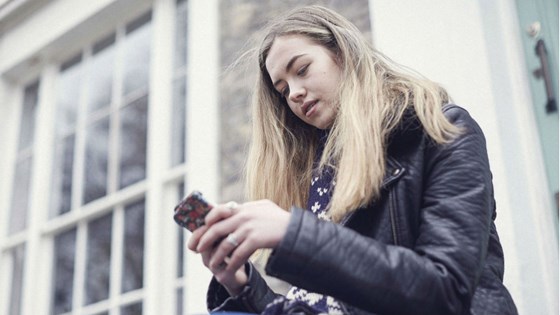 Get help from our counsellors - you can talk about anything and they won't judge you. 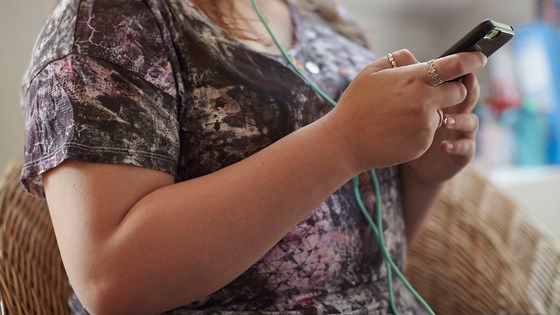 Confused about your relationship?

Find out about what makes a good or bad relationship.

Find answers to your questions about sex. 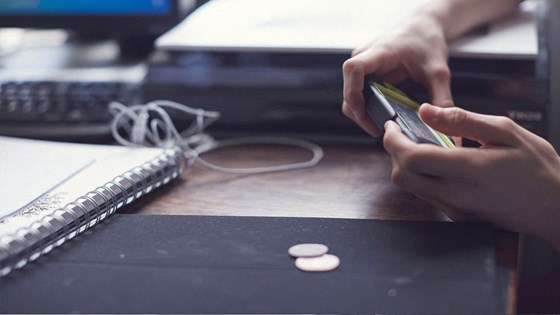 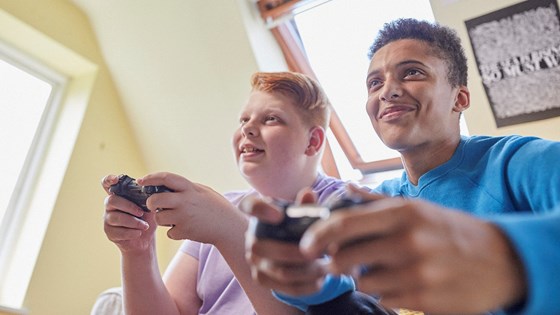 Being assertive can help you to explain how you feel and what you need, without being rude.