Whether you’re not sure what something means, or you want help describing your feelings, it can help to find out more about different definitions or sexual and gender identities.

There are lots of types of sexuality and its okay if you don’t fit into just one. For some people, their sexuality is fluid and can change over time.

It’s important to remember that nobody can define your sexuality except you. Even when you use the same word as someone else, it might not always mean the same thing, and that’s okay.

Get support and advice about your sexual or gender identity.

Someone who has little or no romantic attraction to other people, or who doesn’t have the desire to have a romantic relationship.

Someone who experiences little to no sexual attraction to other people.

People who don’t see themselves as either heterosexual or gay, but may also sometimes be curious about the gender they're not normally attracted to.

Someone who is emotionally and physically attracted to more than one gender.

This is a way of describing someone who’s gender identity is the same as the sex that was recoded on their birth certificate. For example someone might be cis-female.

Someone who doesn’t feel any romantic attraction unless they have a strong emotional connection with someone first.

Someone who is romantically and sexually attracted to people of the same gender.

Feeling emotionally and physically attracted to people of the opposite gender.

Feeling emotionally and physically attracted to someone of the same gender.

Someone who mostly identifies as gay or homosexual, but who is sometimes attracted to someone of a different gender.

Girls who are emotionally and physically attracted to someone of the same gender.

LGBTQ+ stands for lesbian, gay, bi, trans, queer/questioning and more. Even though people refer to them together, gender identity isn’t the same as sexuality.

Being non-binary is when someone’s gender identity doesn’t match being only male or female.

Someone who is sexually attracted to someone else regardless of their gender.

Someone who experiences romantic attraction towards someone else regardless of their gender.

Someone who is romantically and sexually attracted to some genders, but not all.

Queer has been used as an insult or slur against LGBTQ+ people, which is a form of bullying and discrimination. Because of this, some people don’t like to use the term at all.

This describes someone who is going through the process of understanding their sexuality, or who’s unsure about it.

This includes whether you’d want to have a romantic or intimate relationship with someone.

This is how physically attracted to someone you are, and whether you want to have sexual contact with someone.

This is a way of describing someone who’s gender identity is different from the sex that was recorded at birth.

Finally found
someone
who understands

Get support from other young people on our message boards

Some people know when they're very young who they fancy. For other people, it's not so simple.

Whether you choose to come out or not, we've got advice for you. 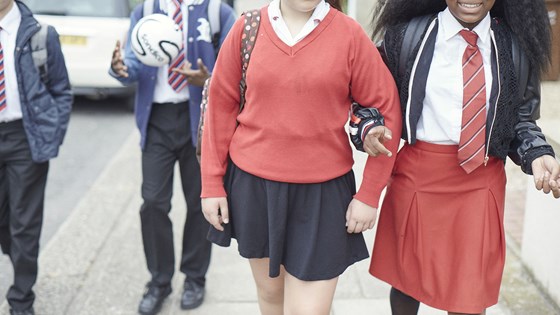