Katie was raped by her boyfriend on a number of occasions when she was 18. She was also sexually abused by her step-dad when she was younger. She hopes that her experience will encourage others to tell someone and get the help they need.

"It was little things at first"

"When I first got with my boyfriend, we got on really well and we were happy together. But gradually his behaviour started to change.

"It was little things at first like him trying to control what I wore and what I did. He started to ask me where I was going and who I was speaking to.

"He would get mad at me for talking to boys, even if they were his friends. If I straightened my hair he'd ask who I was making the effort for.

It started out with him pushing or shoving me but then one day he threw my head into a brick wall. After that he would lay into me three or four times a week.

"He became verbally aggressive with me too and would shout 'You won't find anyone else. No-one else will have you'. He gradually became more violent towards me as well.

"It started out with him pushing or shoving me but then one day he threw my head into a brick wall. After that he would lay into me three or four times a week.

"He said I was turning him down.

I knew that I didn't want him to do it to me but I was trapped with him. We lived together and he would lock me in so that I couldn't get away from him. Eventually I managed to escape from him and I ended the relationship.

"One night when we'd been out he thought that I had been looking at another guy. I hadn't but he didn't believe me. While we were walking home he dragged me off and raped me.

"I was shocked but he just brushed it off as though it was normal. It made me feel like rubbish but I stayed with him.

"Over the next few months he raped me a few more times. The attacks would come out of nowhere and afterwards he would make out he hadn't done anything wrong because I was his girlfriend.

"I knew that I didn't want him to do it to me but I was trapped with him. We lived together and he would lock me in so that I couldn't get away from him. Eventually I managed to escape from him and I ended the relationship.

"People should look out for the signs of sexual abuse and also reassure young people that they can talk to someone as it's not acceptable.

"If any young people are being forced to have sex then I would urge them to contact Childline to get the help they need to get out of the situation."

if you need support, we're here

If you're worried about anything, big or small, we can help.

get support with sexual abuse

This is when a young person is forced, tricked or pressured to do something sexual. 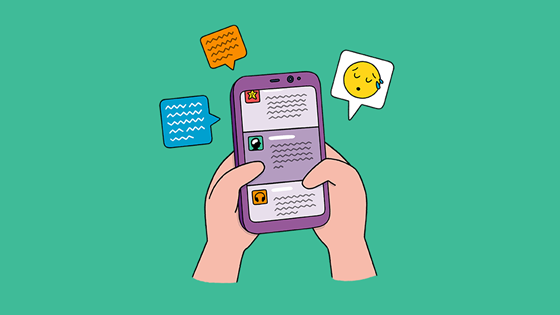 Get support and advice from other young people with similar experiences on our message boards.

This is when someone is forced, pressured or tricked into taking part in a sexual activity with another person.